Samantha Falconer has always been pretty good at taking care of herself. Four times world judo champion, she now runs the Gentle Way detective agency in London. But when her brother Mark asks her to return to Oxford to investigate the disappearance of a young woman, Sam finds herself confronting a past she’d hoped she’d left behind.

‘Blake’s Sam Falconer joins the rank of strong but flawed female characters who have taken crime fiction by the throat and shaken it until its teeth rattle.’ STEPHEN BOOTH

‘Blake’s skill at depicting the dark and light side of her character, the smoothly interwoven plot lines and authentic settings makes this a strong first.’ PUBLISHERS WEEKLY 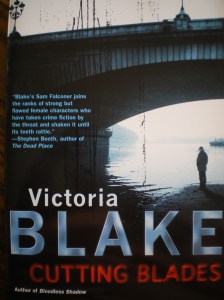 London is frozen in a January blizzard and everywhere she goes Sam has the creeping sensation of being watched. When Harry a talented young rower from Oxford University goes missing she hopes the case will take her mind off her increasing paranoia.

‘A pacy whodunnit… Gutsy female detectives are nothing new, but Blake’s heroine is an attractive addition to what seems a growing series. Some nicely deadpan humour and crisply detailed descriptions of place offset the obligatory punch-ups.’  THE TIMES

Oxford, May Morning. While the city rejoices life takes a sinister turn at St Barnabas College. Disturbing gifts have been sent, threatening letters posted and now events have taken a deadly turn. A student has been found dead in his rooms.

‘Blake’s got something that keeps you turning the pages.’ REVIEWING THE EVIDENCE 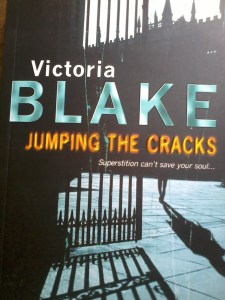 Oxford holds a lot of memories for Sam; few of them happy. When she’s asked to guard a collection of strange museum pieces, ranging from shrunken heads to bottled witches, she quickly realises that being back in Oxford means confronting her own demons, as well as those behind the glass cases.

‘Sam is an engaging and complex protagonist; her friends and family are convincing and well drawn … the city of Oxford is the really dominant character… this is an entertaining and well written book.’  THE GUARDIAN