The starting book this week for Six Degrees of Separation is Are You there God? It’s Me, Margaret by Judy Blume. If you want to find out about how to join in here’s the link at Books are my Favourite and Best. It’s not a book I’d heard of before but I gather that in it a young girl talks to God about her problems.

The opposite of God is Satan so my next book is The Screwtape Letters by C.S. Lewis in this book Screwtape is an elderly devil high up in the Infernal Civil Service who is giving advice to a younger one, his nephew Wormwood, as to how to lead human beings into sin. 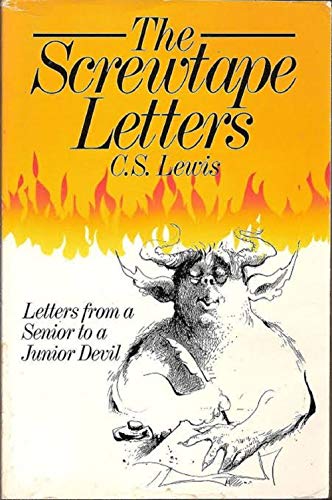 Anthony Hopkins played C.S. Lewis in the film Shadowlands. The film was about Lewis’ love affair with the american Joy Davidman and her subsequent death. Hopkins also played the butler, Stevens,  in the film The Remains of the Day which was based on the book by Kazuo Ishiguro.

Another famous fictional butler is of course Jeeves of the P.G. Wodehouse comic novels so my next choice is Thank you, Jeeves.

A bit of a blurry cover but at least you can see the banjo. In that book Jeeves quits because of Bertie’s terrible banjo playing. A famous banjo playing scene occurs in Deliverance a book by James Dickey turned into a film with Burt Reynolds. In that book four friends decide to go on a canoe trip in the north west Georgian wilderness and all kinds of terrible things happen to them.

Another book set in a boat is Life of Pi by Yann Martel. In that book a young boy is shipwrecked in a boat with a Bengal tiger who he has to persuade not to eat him.

And finally another book with a tiger in it is R.K. Narayan’s A Tiger for Malgudi in which an ageing tiger encounters a guru and learns about non-violence. It’s written from the point of view of the tiger.

So there we have it from God to Tigers in six degrees or should I say tiggerish bounds? Have you read any of these and if so what did you think of them?

Next month (January 2nd, 2021) the start book is Hamnet by Maggie O’Farrell. Why don’t you join in?

16 thoughts on “SIX DEGREES OF SEPARATION”